Leron (Ron Mc) McAdoo has motivated, inspired, and empowered people from young to old since he was in elementary school. But he concentrated his effort and focus into making educational motivation his priority in 2014. With the experience of being a public school teacher from 1994 on, the expertise of being a workshop facilitator since 2001, and the ability to move and energize a crowd with his creativity, McAdoo decided to create the Mctivated brand.

Although he has worked and continues to work with community groups, businesses, and churches, Ron Mc has seen a need for schools to GET McTIVATED! So teachers and students are what he's most passionate about.

Some of the most requested topics for McTIVATED are:

Different keynotes, professional development trainings, and presentations have also been customized to meet the needs of the school or client.

My latest offering is a book called "Mctivating Black Boys & Girls: How To Raise And Teach African American Children To Be Productive Adults." The Foreward is by Master Educator & 2019 Arkansas Teacher of the Year, Stacey McAdoo.

This is a book for parents and educators of African American children who want to see these youth succeed. The ideas within this book have been gathered and documented as a guide to anyone helping Black children. However, the ideas expressed within these pages can be applied to nonBlacks as well. These timely and relevant life lessons and academic recommendations are an investment into the future. So if you truly believe children are the future, this book will show you a way to prepare them while they are here in the present.

Let's be Mctivated parents and teachers to produce Mctivated Black boys and girls! 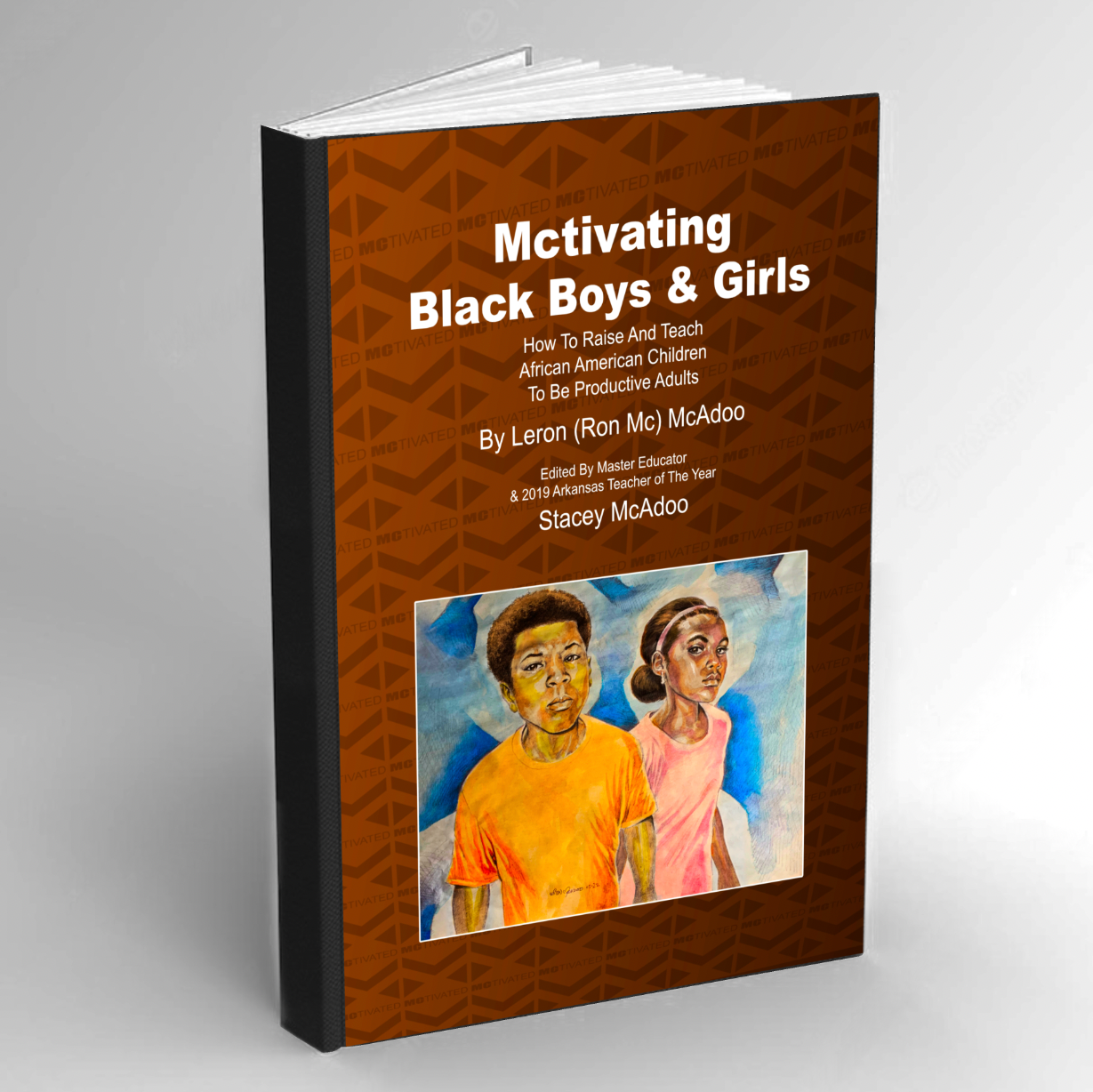 In addition to being a lifelong instructor in the Little Rock School District since 1994, he is a co-founder of Backyard Enterprises in 1992 and a member of Phi Beta Sigma Inc. As an activist, He has participated in numerous programs and events dealing with race relations and urban needs.

As a Hip Hop advocate and supporter, McAdoo uses the culture of Hip Hop as a vehicle to educate both young and old in the fields of music, writing, and art. This can be seen through his independently released albums, his articles, and work for various publications (The Writeous, Fusion, Little Rock Free Press, Arkansas Times, The Dirty Magazine, Stand News, State Press, Phusion Mag, and TheInkMag.com) his self-published projects (Hip Hop Unheard: Lyrics For The Listening Eye, Sly The Hip Hop Hero, The HipHoptimist, Poems, Mctivatingand  Black Boyes & Girls. He is a founding member of the national award-winning spoken word troupe called Foreign Tongues. Additionally, his portraits, t-shirt designs, murals, graffiti, comic books, and commissioned artwork show his dedication to aesthetics.

Ron Mc has been a radio dj (for 88.3, 98.9, and Power 92.3), co-hosted Art & Literature In Motion TV Show, created and hosted The Mind Blazin’ TV Show, engineered for the radio documentary “On The Line: Stories From Ninth Street,” produced radio programs (such as The Writeous Hour, Hope From The Hill, and The Skinny), facilitated educational workshops, community forums, and volunteered with several organizations. Leron McAdoo is a creative, educator, and entrepreneur.